James was recently commissioned to design and make a new cross which now hangs in Beaulieu Abbey. This was a considerable project and it has taken a long time to come to fruition. We were first approached back in August 2012 by the Vicar of Beaulieu Abbey and the culmination was the cross being hung just in time for Remembrance Sunday last year. 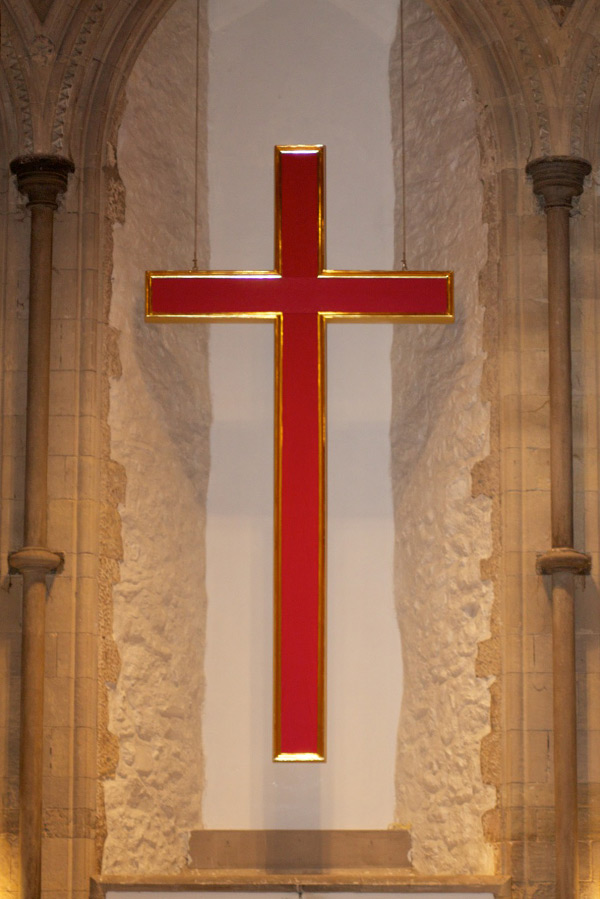 James and Di went to a service on Palm Sunday (13th April) at Beaulieu Abbey to mark the dedication of the new cross. The Service was led by the Bishop of Southampton, the Right Reverend Jonathan Frost.

One the many aspects about this commission is that the cross is made up of the old oak War Memorial Cross - 'the Calvary' which was presented to Beaulieu Abbey in 1917 by the family of one of its soldiers who was killed in the First World War; particularly apt and poignant.

'The Calvary', commemorated a young sub mariner Philip Armstrong, and was given to the Abbey by his parents (he was their only son) seven weeks before the Armistice. A year after Armistice Day, it was re-dedicated to the memory of those others in the village who had died during the Great War and their names were added to the stone plinth. After the introduction of the stone memorial some six years ago, the old Calvary found a temporary home locally (much repaired and very twisted) until it was transported down to the workshop of James Morley Furniture, Hartland, North Devon in August 2013 by the Reverend Ryc. Smith, Vicar of Beaulieu Abbey. There, the old Calvary was dismantled and the main shaft was cut and planed into boards to form the new cross. The new cross is gilded and decorated in Cistercian Red, the colour of the Cistercian Order that founded the Abbey in 1204. 13 feet tall and 4 feet across; the cross conveys a powerful presence but also a feeling of comfort and peace. 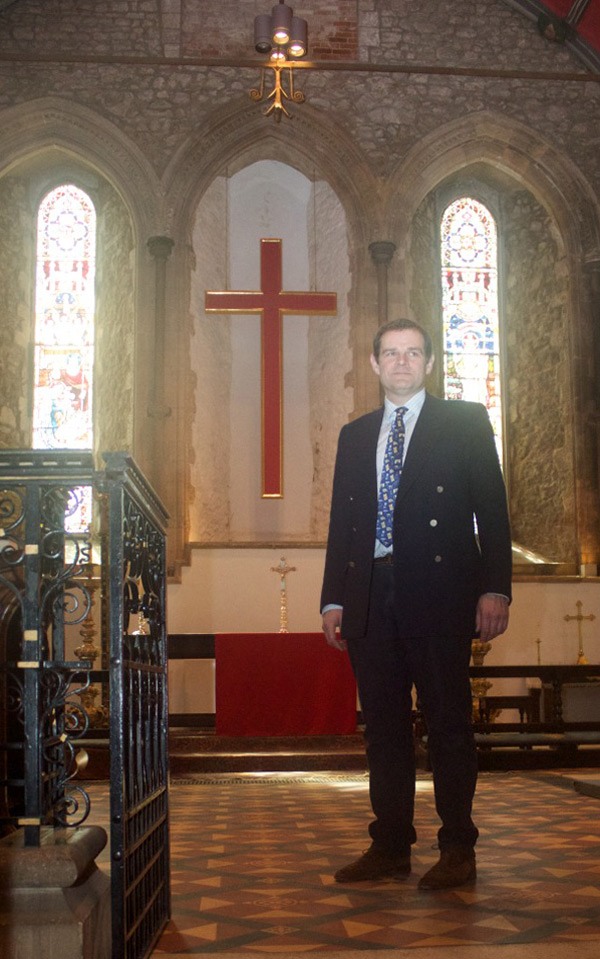